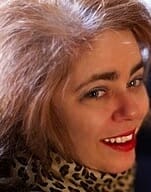 Anne Leighton believes that artists can work within their own means by creating their own career opportunities. And she has done that for herself via her love of mass media, as a writer, publicist and a music services person. One song got her a publishing deal; and she’d only been marketing it for 18 months. In addition to herself, Anne’s roster includes Joe Deninzon/Stratospheerius, Phoebe Legere, Sharon Katz & the Peace Train, Jethro Tull’s Ian Anderson, Carmine Appice, Dean Friedman, KJ Denhert, Gary Lucas, The Slambovian Circus of Dreams, John Hall/Orleans, Elliott Murphy, Firefall, Gentle Giant….

Anne is a poet and professional songwriter and music producer, and signed to Sheer Publishing. Her Christmas co-write and production: “Got My Eye On Your, Santa” by Jody Quine & the Big Mr. C. (Dan Berggren) got her there. “More songs and productions to come,” she says, with plans to record more songs and poems, including a 2021 Christmas rap remake of “Santa.”

She is an active writer with four books, most recently her poetry book, THE LEIGHTON EXPLOSION (Soul Asylum Poetry, Canada). Also in her catalog are: PAWS FOR THOUGHT: UNDERSTANDING WHAT YOUR CAT IS THINKING (Rockwell Books, UK), USING YOUR ART & THE MEDIA TO COMFORT PEOPLE (Free to Run Books, US), an e-book: GET THE GIG: COMMON SENSE CONSULTING (Anne Leighton).

She reads her poems at selective dates, which helps her work on her mental and spiritual wellbeing, as Anne calls herself a “recovering agoraphobic,” and goes out quite a bit to conquer the fear and treat it like a game. An active poet, she sees herself as a cross between Bronx poet: Whitman meets Seuss, Barnett, Ice-T, Hughes, McKuen, Shatner! Notable venues have included the Howl! Festival, Peter Max Studio for the HEALTHY FOOD FOR THOUGHT album release, and at the Nuyorican Poets Cafe. She has studied with Billy Collins, Nadine Mouzon, Regie Gibson, Julienne Kim, and Mindy Matijasevic.

She is a new Toastmaster, and loves keynote speaking, having shared insights on writing, creating music careers, and all aspects of the media for a number of conventions including the CMJ CONVENTION, IBS CONVENTION, EMPIRE STATE MUSIC CONFERENCE, THE MILLENIUM CONFERENCE, DIY CONVENTION, CAT WRITERS CONVENTION. Anne taught Entertainment Media Relations and Publicity at Baruch College.

Anne’s worked in radio at WZIR-Buffalo, WRNW-Briarcliff Manor, WFUV-Bronx, WBUZ-Fredonia, and was an editor at HIT PARADER magazine, plus freelanced for a number of magazines including FELINE WELLNESS, CATFANCY, MUSCLEMAG INTERNATIONAL, INSIDE KARATE/KUNG FU, GOLDMINE, and CREEM. Anne’s plays include REACH FOR THE SUN, which was performed by Poets Repertory Theater of Long Island, ONE WAY TO HEAVEN performed by the San Antonio Living Church, and THE PASSION OF MARY which is now published by Off the Wall Plays (UK, South Africa).

More info on Anne in her Curriculum Vitae, which includes her major work experience including her publicity and consulting work. The Curriculum Vita of Anne Leighton.pages