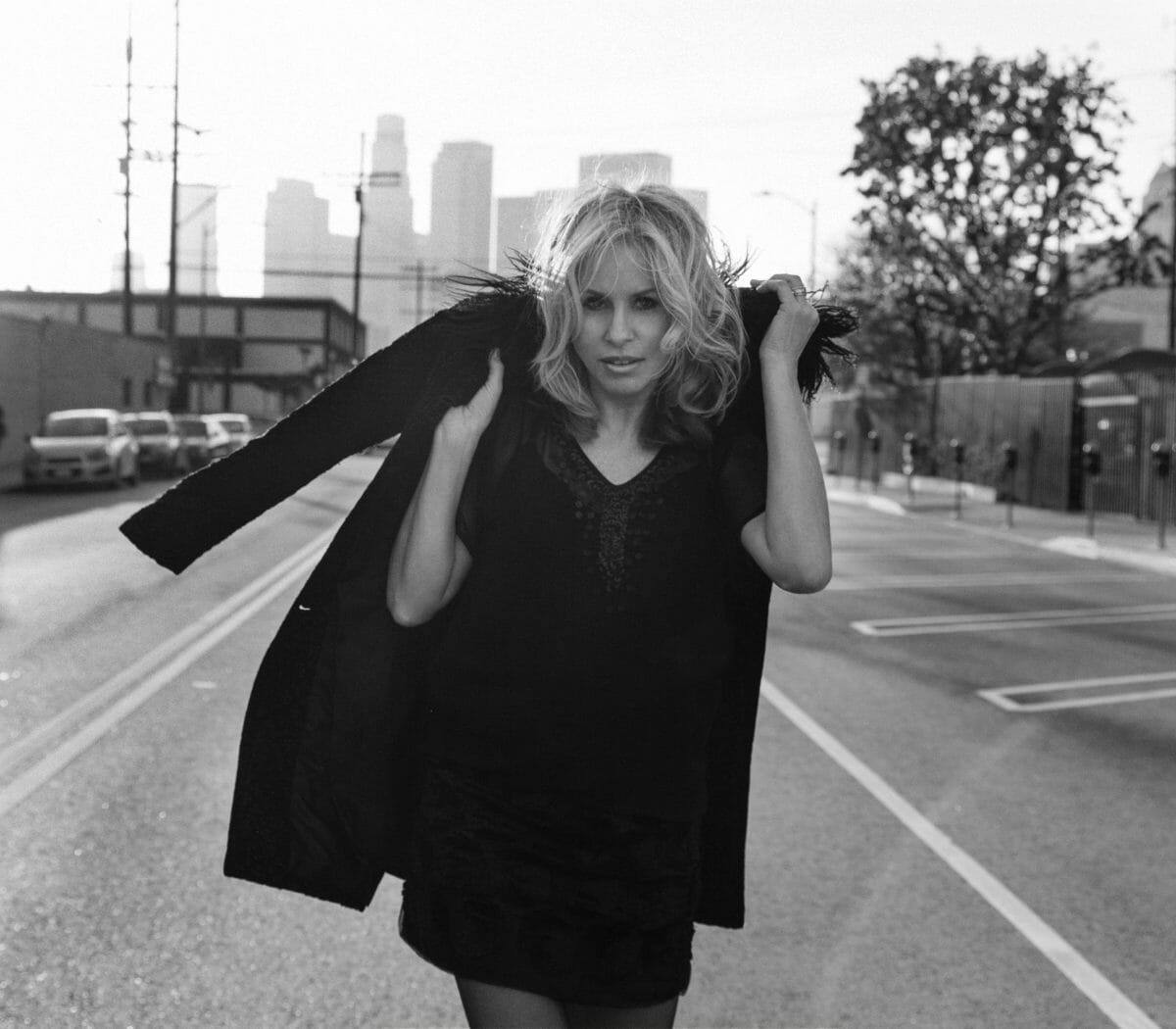 After just having raised the funds through Kickstarter to make her 14th album, Vonda and her band are touring all over the world in support of their new album, Rookie. It’s a title that bears no little irony, since last year marked 25 years since the release of her self-titled Warner Bros. debut. Being of independent ways and means now, Shepard doesn’t necessarily have to raise a fortune to make a record that’ll sound like a million bucks, thanks to the ongoing participation of producer/maestro Mitchell Froom (of collaborative Elvis Costello, Crowded House, and Bonnie Raitt fame), who’s been behind the boards for all of her albums since By 7:30 in 1999.

The album promises a mixture of moods and tempos, with perhaps slightly more emphasis on the upbeat than some past efforts. “We really should have vinyl for this album with an “A” side and a “B” side, as half of the songs I’ve written are these super-funky, tunes, and the other half are piano/vocal ballads” Shepard says. “I felt a need to go a little bit crazy on this album. I’m making sure I’ve got a few songs that really focus on the soulful groove element— not as a cliché, but in my own way. There are also a couple of really catchy, pure pop songs in the lineup, and I’m excited about them, because they’re going to be great to play live.” But the woman who wrote and sang “Baby, Don’t You Break My Heart Slow” is never about to leave every eye in the house dry. “I’ve heard that Paul Simon fills four legal pads with lyrics for one song alone,” she says. “I may not fill four, but when I’m writing an extremely honest, painful ballad, of which there are several on this album, I do fill up at least two!”

Shepard is charging into this project coming off one of the most unexpected and exhilarating experiences of her career: her belated debut as a musical stage actress. Rock & Roll Hall of Fame legend Randy Newman hand-picked her to play the part of Martha in his version of Faust, which thrilled audiences at New York’s City Center this summer. For her first stage acting role, Shepard earned such grand reviews from New York’s tough theater critics, you could almost believe she’d paid off the devil. Said Playbill: “Indie-pop singer/songwriter Shepard was the find of the evening, at least for audiences unfamiliar with her five years of acting and singing on Ally McBeal.” The Theatermania.com critic called the Newman/Shepard duet of “Feels Like Home” “one of the year’s great stage moments to date.” New York Times theater critic Christopher Isherwood weighed in with a rave, too, calling her duet with Newman on “Feels Like Home” “the song that received the warmest reception” and adding: “Ms. Shepard’s soulful singing brought out the yearning quality in Mr. Newman’s own.”

“In Faust, I was a sassy tart,” she laughs. In other words, not typecasting. “I was wearing high heels and a black dress and vamping around, doing some dancing, sweeping my hand across the piano and flirting with the Devil (Newman).” Those comedic aspects were a kick, but she admits she felt most in her element when the show took a turn for the earnest with “Feels Like Home,” one of Newman’s best-loved and most sincerely felt ballads. “I definitely knew how to do that: sing a song that has that much feeling. I remember how powerful it felt, and what a relief it was, after the bigger, showier numbers with acting and dancing… it really did feel like home.”

Meanwhile, fans would argue that it’s been too long away from her natural home as an artist, making the kind of solo studio albums that would inevitably get her described as “soulful” in each review even if “Searchin’ My Soul” hadn’t emerged as her signature song.

The title track from the coming album, “Rookie,” is a song about… not being a rookie. “It’s actually the opposite of what the title suggests,” Shepard says. “It’s about a person who’s been around the block… around all the blocks! The chorus says ‘I’m not a rookie,’ and it really conveys this feeling that I’m a ‘bad-ass’ who’s going to throw it down.” Bad-ass? Maybe playing the Devil’s girlfriend in Faust had some kind of lasting effect after all. In any case, if you want to hear just how upbeat Shepard has gotten in the years since her previous album, there’s just one course for a fan to follow: Baby, don’t you kick her start slow.