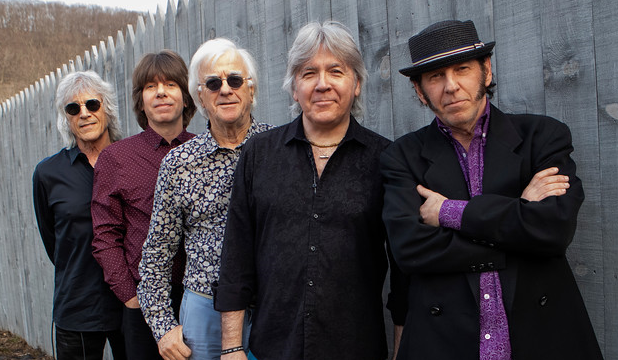 Since the Yardbirds’ birth from 1963 to 1968, and then its 2003 reformation, the group has been known for its incredible guitarists. In addition to Eric Clapton, Jeff Beck and Jimmy Page, plus rhythm guitarist/bassist Chris Dreja have contributed to the band’s history.

Jim McCarty continues to lead this innovative British rock band that provides the crucial link between British R&B, Psychedelic Rock, and Heavy Metal, while pioneering the use of innovations like fuzztone, feedback and distortion. The drummer/singer/songwriter is responsible for its haunting sound.

Goldmine Magazine stated, “the band’s hallmark of top-notch musicianship remains. There are no passengers in this band.”
theyardbirds.com
yardbirds.us
facebook.com/BlueswailingYardbirds/