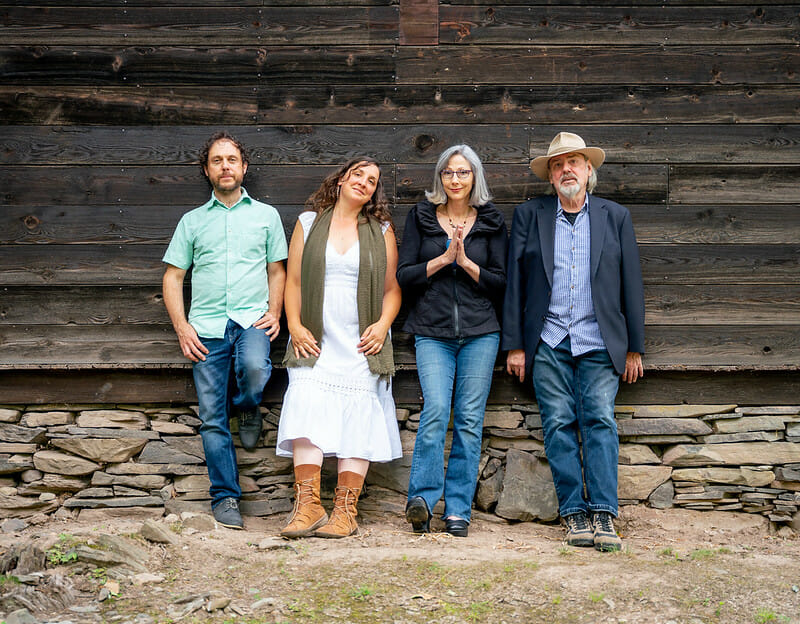 “We Remember: Songs of Survivors,” is a recent PBS Documentary that shares the stories of Holocaust survivors through songs written in collaboration with singer-songwriters. These songs, filled with joy and healing, celebrate the extraordinary lives of this resilient generation.

The We Remembers–the four musicians who participated in this project are Elizabeth Clark, Jude Roberts, Kelleigh McKenzie, and Michael Veitch. The group’s performances will include clips and stories from their life-changing collaborations with the Holocaust Survivors.

Who are The We Remembers?

Composer, harpist/pianist, vocalist, and performance artist Elizabeth Clark’s major works include her interdisciplinary project “Seeds Under Nuclear Winter: An Earth Opera” which premiered in 2021, and the 2015 live-recorded album “Live at the Old Dutch Church.” She has performed with her world music ensemble ‘Mamalama’ at retreat centers and sanctuaries including the Omega Institute, Kripalu, and Chapel of Sacred Mirrors.

Jude Roberts has combined contemporary music with roots of English, Irish and Appalachian folk music and touches of baroque and Romantic-era classical pieces and European folk/pop. He’s performed at Falcon Ridge Folk Festival, and has toured throughout Europe.

Kelleigh McKenzie is a winner of NPR’s Mountain Stage NewSong Contest, her song “Gin” won the Independent Music Award for Best Americana Song in 2009 and was featured on her critically acclaimed album “Chances.”