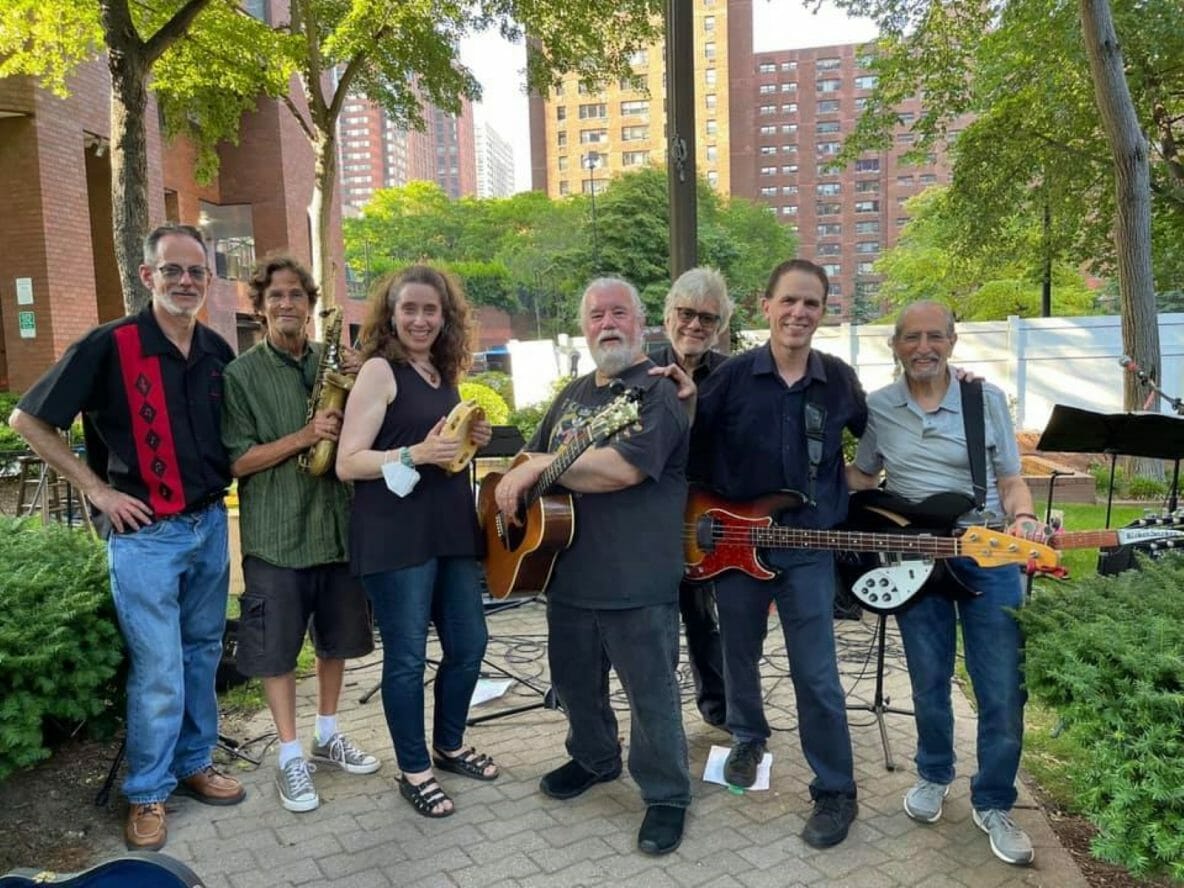 The Traveling Jewburys, from the rolling hills of the northwest Bronx, will perform some of the favorites that have appeared on their LIVE AT THE BITTER END CD, recorded at the club in 16-track digital audio, over the course of four memorable nights in 2018. They will also play tunes from their self-titled debut CD release of 2012. Both CDs, released via Cherry Cobbler Records, will be available for sale at MMNY.