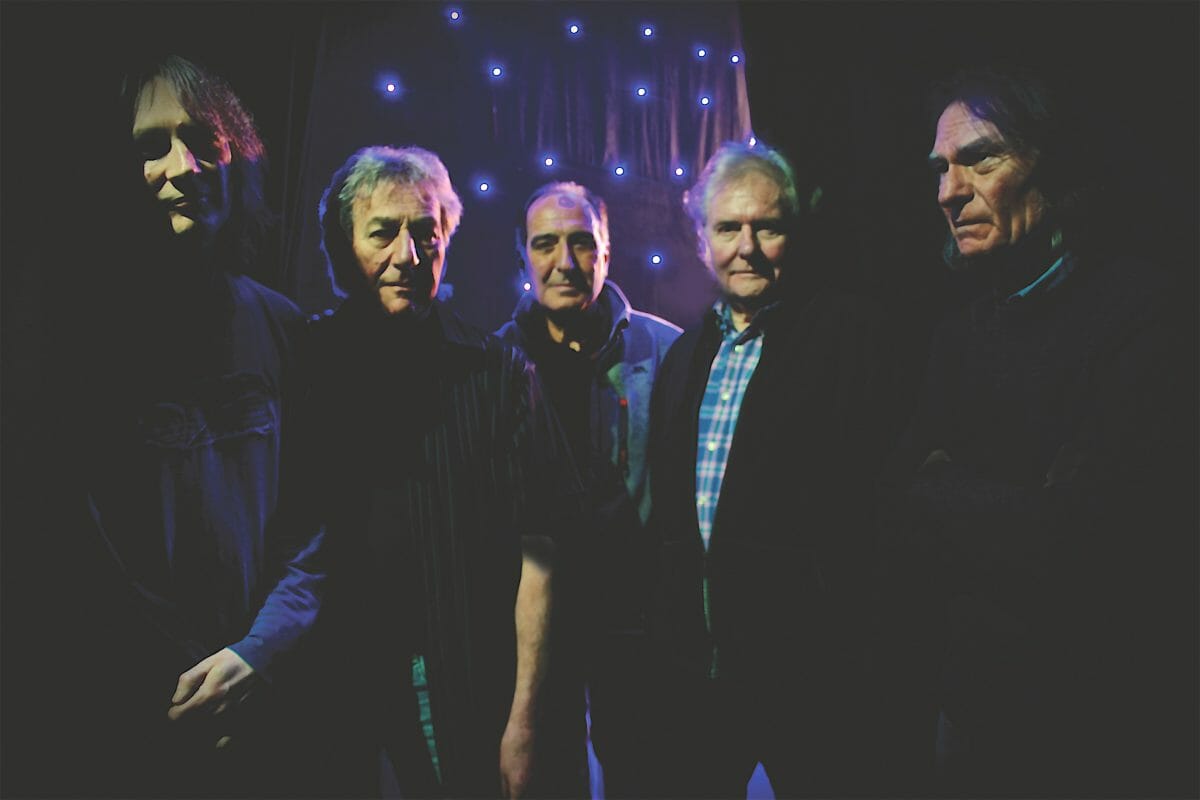 With five decades of colorful history behind them, Strawbs evolved from 1960s British Folk Movement roots to a powerful and enduring force in progressive rock music. Led by the charismatic Dave Cousins, who has been called the most talented Dylan-influenced songwriter to come out of England, Strawbs dynamic performances, marked by impassioned vocals, tight harmonies, and precise instrumentation are exciting, lush and timeless.

With Cousins at the forefront (vocals, guitar, dulcimer and banjo), Chas Cronk on bass, Dave Lambert (lead guitar and vocals), and Tony Fernandez on drums, today’s Strawbs look very similar to those who brought us some of our favorite classic rock albums, including the iconic “Hero & Heroine,” ranked by Rolling Stone Magazine in 2015 as one of the top 50 progressive rock albums of all time).   New to this veteran Strawbs line-up (a line-up that has through the band’s existence included music legends Sandy Denny, Rick Wakeman and Blue Weaver), is Dave Bainbridge, a keyboard virtuoso who has mesmerized audiences across Europe and North America while performing with his Celtic folk/rock band Iona.

Strawbs return to the USA  with  “Chapter & Verse,” a very special tour that will include a live performance of the extraordinary “Hero & Heroine” along with a generous sampling of  “The Ferryman’s Curse”, Strawbs’ first all-new album since 2008, and the secrets and stories that have seduced prog rockers for a half century.  Join us!

“The Strawbs moved from folkier days to a lush, stately and mellotron-dominated sound, with similarities to Yes, King Crimson and the Moody Blues. They wrote more compelling songs than the former two and possessed more lyrical/musical substance than the latter.” (Ken Barnes/Rolling Stone 1974)
“Carefully selecting their repertoire from less than obvious sources they invest the rarely performed material with considerable energy and thoughtful arrangements.”
(Record Collector – 2003)

“Unlike many groups that are past their commercial prime and churn out inferior, dispirited versions of the hits from their glory days, the Acoustic Strawbs stand out as a band that performs their old material with passion and precision. Furthermore, they have broken new ground by harnessing the power of their electric incarnation in an acoustic setting.” (Chicago Tribune – May 2003)

“Hearing the brilliant Strawbs [at the Edmonton Folk Festival] was like a tutorial in UK folk music from the past 40 years. (Edmonton Sun – August 2004)

“Like a Ray Davies steeped in Arthurian folklore and rustic reverie, David Cousins’ visionary talents are to the fore conjuring up a mythical canvas of Albion awakening.”
(Uncut – September 2008)

“Tell me what you see in me revealed it to be a virtual blueprint for the harmonies and arrangements of the entire Styx catalogue. Oh how she changed, similarly, sounded like a vocal model for latter day bands like Fleet Foxes.”
(Schenectady Times Union – September 2010)

“The songwriting was phenomenal, and the way the trio embellished sublime melodies with supreme harmonies and incredible instrumentation made their performance unforgettable. In fact, I repeatedly thought “music just isn’t this good anymore”.”
(Philadelphia Examiner – September 2011)

“Dave Cousins shows himself as a brilliant and original songwriter….” (Classic Rock – September 2012)

“From beginning to end, this veteran group put to shame bands a third their age with the majesty of their arrangements, the craftsmanship of their tunes and lyrics, which remain as socially relevant as they were decades ago. The band’s vocal harmonies at this stage of their career are tighter and soar higher than anything Crosby, Stills and Nash ever did.” (New York Music Daily – September 2012)

“Spellbinding guitar interplay, with countless alternative tunings to create the drone effect so evident in The Strawbs’ music, was the hallmark of an evening which provided far more than a dose of nostalgia. Whether you lean towards the folk or the prog it matters little . . . plugged in or not, the Strawbs are the juiciest, tastiest fruit you’re ever likely to hear.” (Swndon Echo – October 2014)