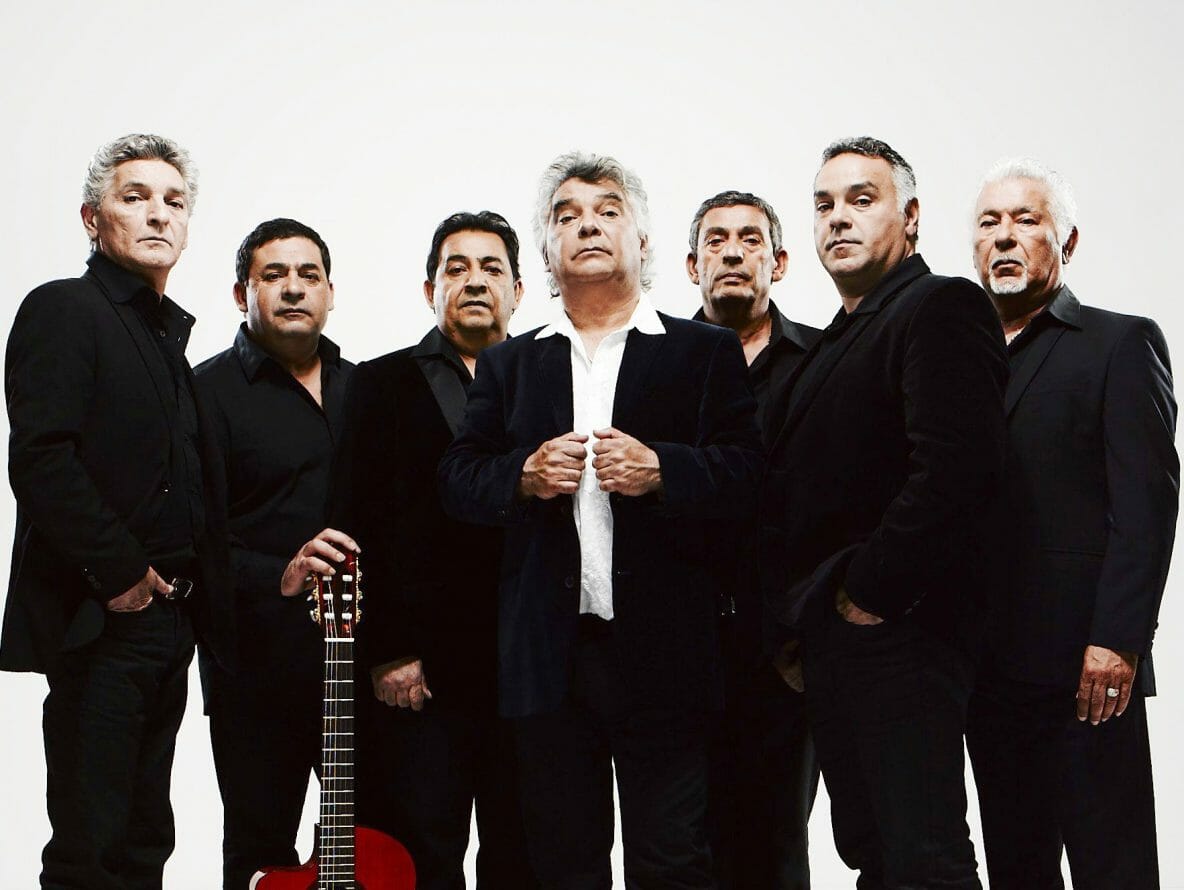 At the sixth time at bat, the Gipsy Kings have won the GRAMMY for Best World Music Album, SAVOR FLAMENCO at the 56th Annual GRAMMY Awards. This is the group’s 6th Nomination, and a record for the most nominations for the World Music Grammy. According to PARADE magazine, this is also the 22nd time in GRAMMY history that there has been a tie for winning this coveted music industry award.

The Gipsy Kings just finished the first leg of their 25th Anniversary Tour on the east coast this past Saturday night, and were flying home when news of their win was broadcast on grammy.com.

Based in Camargue, the very famous land by the Mediterranean Sea, the Gipsy Kings are made up of two families–the Reyes family from Arles and the Baliardos from Montpellier. The musical adventure of these two families started in the 1960s when Jose Reyes was singing with Manitas de Plata (Ricardo Baliardo) performing all around the world in theaters including Carnegie Hall in New York City. There is music by Manitas de Plata y Jose Reyes on youtube. Their fans included Pablo Picasso, Salvador Dalí, Miles Davis and Charlie Chaplin.

When the duo parted ways, Jose Reyes became even more popular after starting his own band, Los Reyes. His sons backed him up. When the elder Reyes passed away in 1979, Nicolas and Andre began playing with the Baliardo brothers in Les Saintes Maries de la Mer during the The Gypsy’s Pilgrimage. They traveled, busking nearby on the streets of Saint-Tropez, performing on beaches during the day and for celebrities such as Brigitte Bardot by night. “Los Reyes” means “The Kings,” and the band changed their name to The Gipsy Kings.

The band speaks French, and performs music in Spanish dialect of Gitane, the native Gipsy language, that is a mixture of Spanish, French, and Catalan. The root of the Gitane culture is in the southern part of Spain that includes Seville and Granada. One of the economically depressed areas of Europe, this region has given the world flamenco music, bullfighting and Moorish-influenced Architecture. The people in that area are known as “Gitanos,” Spanish Romani people who fled Catalonia during the Spanish Civil War (1936-1939). (The term “gitano” comes from “Egiptano,” a Spanish term for “Egyptian” as the English word “Gypsy” comes from “Egyptian.”)

The Gipsy Kings have sold over 25 million albums worldwide.

The Gipsy Kings’ first U.S. album, GIPSY KINGS was released in the United States in 1987, and charted for 40 weeks. This 25 year old album has been certified gold or platinum in at least 15 countries. The group is a multi-GRAMMY-nominated act.

The single from GIPSY KINGS was “Bamboleo,” which was used in a Burger King commercial and recently covered on the TV show, GLEE.

The Gipsy Kings’ “Hotel California” is in the movie, THE BIG LEBOWSKI and HBO series ENTOURAGE.

The 2010 film TOY STORY 3 featured a Gipsy Kings version of the movie’s popular, Randy Newman-penned theme, “You’ve Got a Friend in Me.” The band also performed the song on DANCING WITH THE STARS.