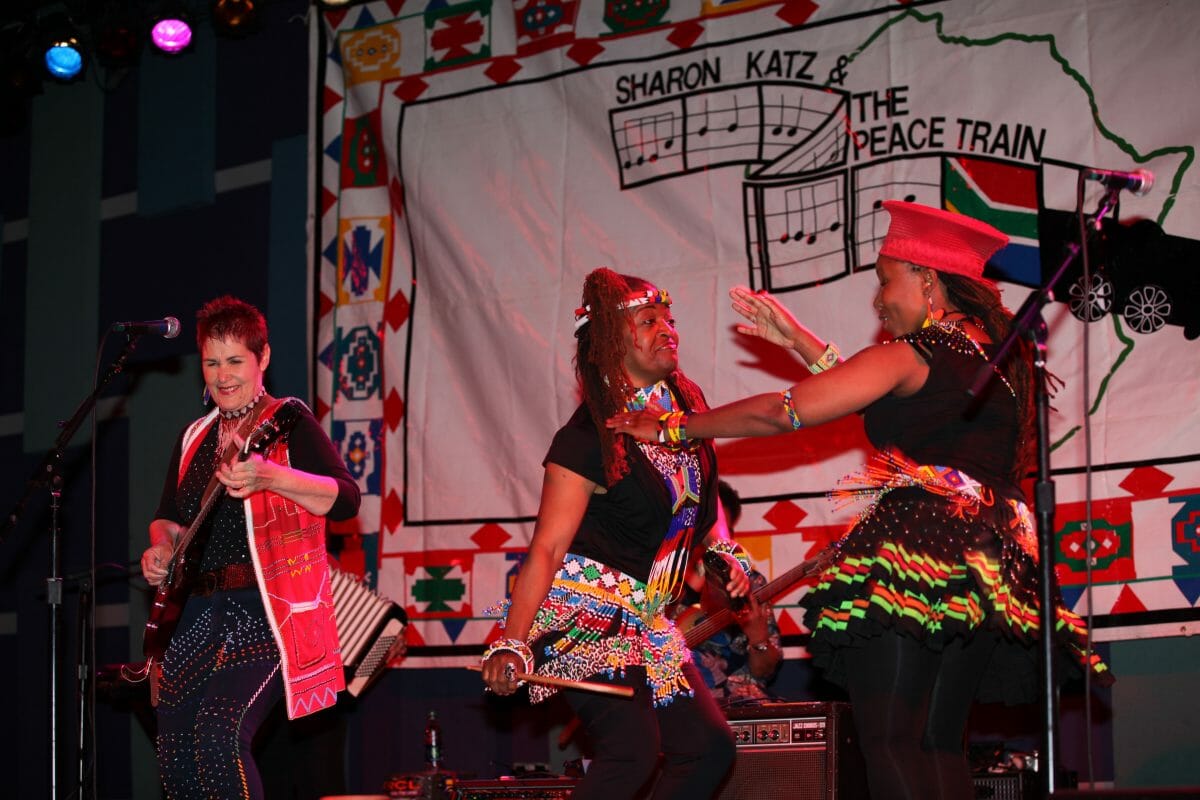 The multicultural and Grammy-nominated South African band Sharon Katz & The Peace Train helped Nelson Mandela end Apartheid, and continue to spread the message of peace and reconciliation through music all over the world.

The group made history in 1992 when they formed and produced South Africa’s first, 500-voice multiracial choir, and then organized a courageous tour on board a train –The Peace Train – to promote a peaceful transition to democracy. This became a 2015 award-winning documentary, WHEN VOICES MEET, selected for 25 film festivals and shown in over 50 countries, premiering in South Africa and winning awards at festivals in New Jersey, Hawaii, Philadelphia, Florida, Illinois, Wisconsin, Toronto, and Washington DC.

The versatile group of musicians, singers, dancers and workshop leaders educate and thrill audiences of all ages and sizes. With  music and melodies from South African cultures, incorporating Maskanda, Mbaqanga, Kwasa-Kwasa, Rock, and Funk genres and African dance styles, the group’s performances  tell South Africa’s story – past and present – in English, Sesotho, Zulu, Pedi and Tswana.

In addition to the Grammy-nominated 2002 release “Imbizo,” Sharon Katz & the Peace Train have 5 other albums, and appear on the Rainforest benefit album, “Carnival!” alongside of Sting, Elton John, Madonna, Johnny Clegg…