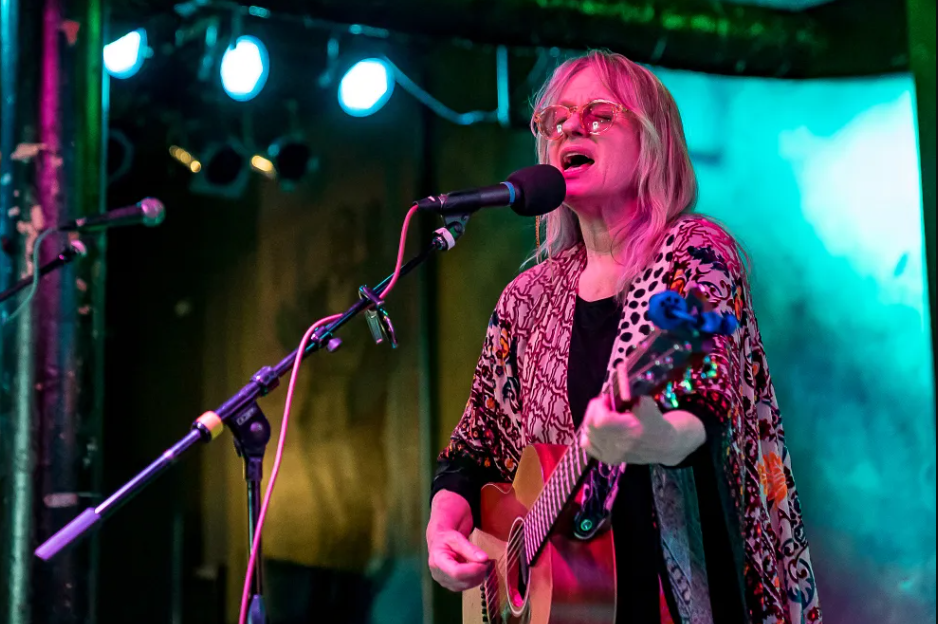 CBS TV/Sirius XM’s Bill Flanagan told Robin, “I think it might be the best record you’ve ever made.”

“All I’ll Ever Need” is the album’s music video. It features couples being happy together while Robin sings in the recording studio with her band and in New England’s beautiful outdoors. Watch it here: www.youtube.com/watch?v=H4EIoIXA9Wg

Dirt Road To Heaven is a collection of Americana music that sounds great alongside artists such as Brandi Carlile and Joan Baez. Robin’s motto of “Music is my healing tool” has paved her uniquely uplifting “dirt road to heaven” process from the get-go. Her journey has become even more effective and powerful, locally and globally, this century.

Peter is one of many fans that have been into Robin Lane since “we saw this petite blonde live in a NYC punk club” when she was touring behind her rock EP, When Things Go Wrong in the early 1980s.

The daughter of Ken Lane, who wrote songs for Dean Martin, and a mother who was a fashion model, Robin grew up in Los Angeles. She was part of the music community in the late 1960s. In Laurel Canyon she collaborated with members of Crazy Horse and sang with Neil Young on “Round and Round (It Won’t Be Long)” on his album Everybody Knows This Is Nowhere.

After a two-year marriage with future Police guitarist Andy Summers, in the late 1970s Robin left LA behind, and moved to Boston. She formed Robin Lane and the Chartbusters, integrating punk and new wave with West Coast folk, and East Coast rock. Their three albums for Warner Bros. were Robin Lane and the Chartbusters (1980), the live EP 5 Live, and Imitation Life (1981). The rock radio-charting song “When Things Go Wrong” became the 11th music video played on MTV on its first broadcast day in 1981.
In 1985, Robin started performing solo, at European festivals and opening for artists including Warren Zevon, John Hiatt, Taj Mahal, Tim Finn, Dave Mason, Steve Earle, T-Bone Burnett, Richard Thompson. She accepted the Boston Music Award for Outstanding Female Vocalist in 1988. In 1990 Susanna Hoffs (The Bangles) recorded Robin’s song “Wishing on Telstar” for her first solo album, When You’re a Boy. Robin also sang on the album.
In 1996, Robin released the album Cat Bird Seat, which showed her evolution into a subdued and (at times) “country-fied” sound that her super fan describes as “the angry machine that was the Chartbusters.”

After a 2003 reunion Chartbusters’ album, Piece of Mind, Robin released solo albums: Out of the Ashes (2011), The Sweet Candy Collection (2011), and A Woman’s Voice (2013). In 2010 Robin founded Songbird Sings, a Shelburne Falls, MA-based organization dedicated to helping people work through and recover from traumatic experiences by writing and recording their own songs.

In late 2021, Robin signed with Boston’s indie label Red on Red Records, which supports strong women creators. Label owner Justine Covault is honored Robin’s with the roster, “Robin writes unflinchingly honest songs that reflect the light and the dark in the world. Her voice is distinctive and gorgeous. When she plays and sings, the audience is spellbound.”