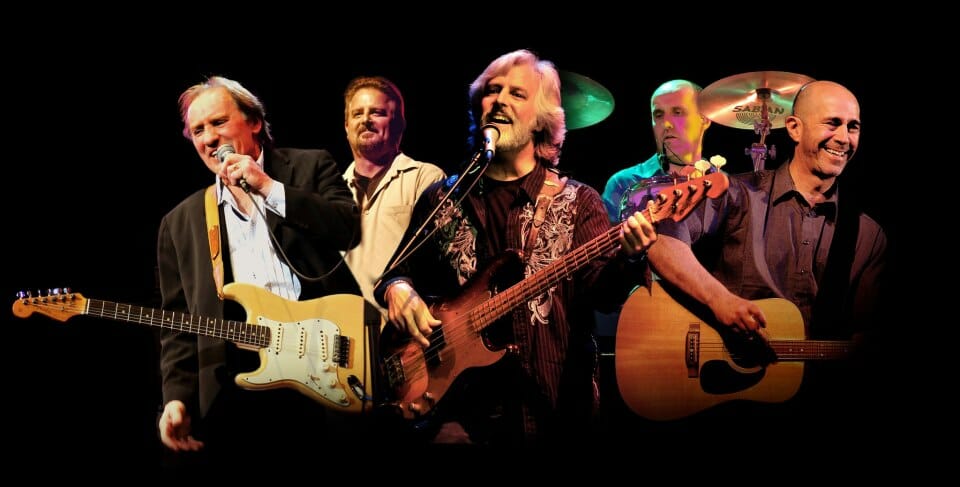 Now in its 46th year of live performances, Orleans has produced a body of work spanning 16 albums and several DVDs. The band’s music is still being heard on national radio and TV, and continues to influence new generations. Live, the band has performed with Bonnie Raitt, Jackson Browne, Little Feat and more recently Christopher Cross, Firefall, Poco, Al Stewart, Ambrosia and— earlier this month— Dolly Parton and Ladysmith Black Mambazo at Dollywood!

Formed in Woodstock, NY in 1972 by John Hall, brothers Lance and Larry Hoppen and Wells Kelly, Orleans played ceaselessly around the northeast before landing a recording contract with ABC Dunhill Records and then David Geffen’s Asylum Records. They produced chart-topping hits including “Dance With Me,” “Let There Be Music,” “Love Takes Time,” “Reach” and, of course, their American standard, “Still the One” recently heard in the Netflix movie ”Love, Wedding, Marriage” (James Brolin, Mandy Moore). Hall also co-wrote, and with the Hoppens, sang on Steve Wariner’s #1 Country hit “You Can Dream of Me.” The groundbreaking New Grass Revival recorded their gospel hit “Reach,” and Nashville resident Lance has worked extensively with Baillie and the Boys, Suzy Bogguss and Albert Lee, among others. In 2017, their iconic “Dance With Me,” previously covered by the late Chet Atkins and Wariner, was featured in a commercial for the movement-enhancing drug, Xeljanz, heard internationally.

When John announced to Larry and Lance in late 2005 that he intended to run for Congress, Dennis “Fly” Amero, who had played guitar with the band when John went solo earlier on, rejoined the group. In 2012, Hall returned to the band who were mourning the passing of brother Larry Hoppen that summer. Brother Lane Hoppen had already joined on keyboards, trumpet and vocals, and they have been on a roll since, touring coast to coast and winning praise for their trademark vocal and instrumental sound.  Former Elton John drummer, Charlie Morgan, rounds out the group, joining Hall, the Hoppens, and singer/guitar player extraordinaire Fly Amero.