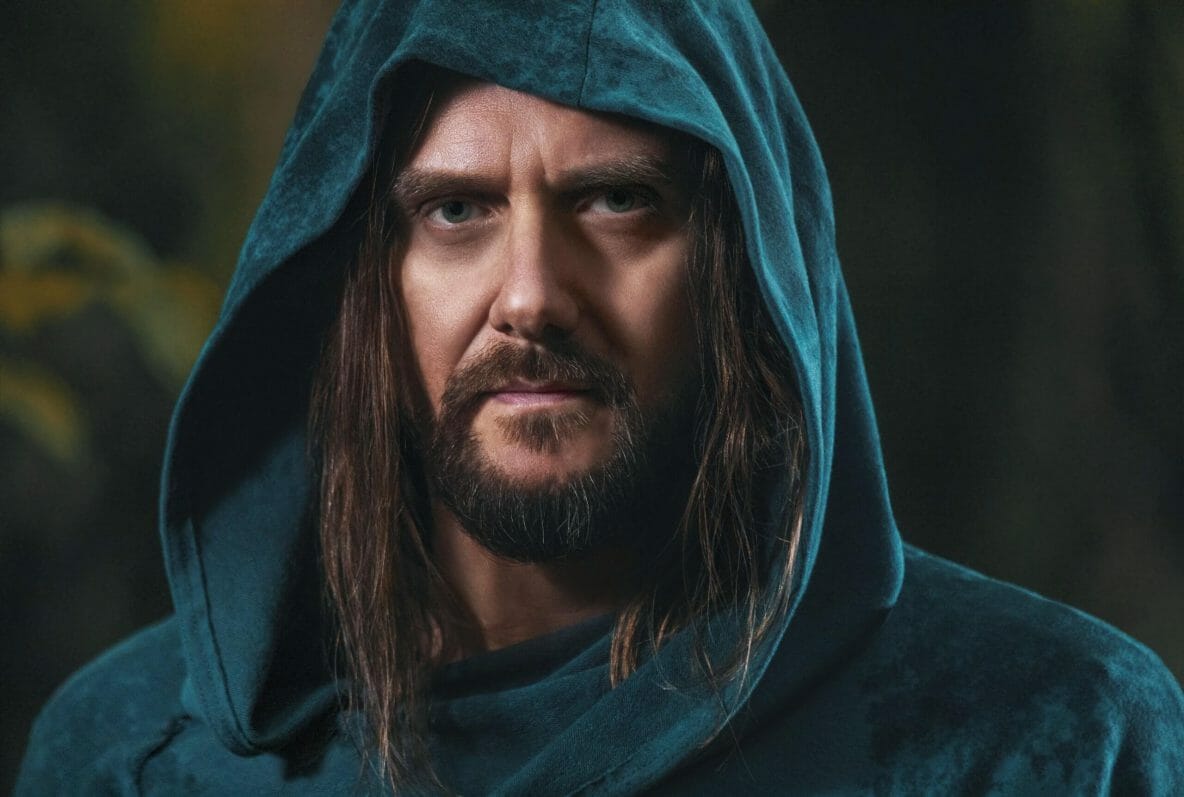 The ebb and flow of musical creativity means that nothing is truly ever completed. Where one album finishes, another is already forming. While his band Riverside continue to go from strength to strength Mariusz Duda’s ability as a musician shows no bounds on his solo project Lunatic Soul who will release new album Walking on a Flashlight Beam on 13th October (UK, France & RoW) / 17th October Germany / 28th October USA & Canada, through Kscope (Anathema, Engineers, Steven Wilson).

“My music is born from unspecified fragments,”admits Mariusz Duda. “Lunatic Soul is a musical illustration of all my transition periods.”

Ever since the Riverside frontman took the first steps as a solo artist in 2008 he’s stayed true to his progressive roots with every record. His first eponymous record, nicknamed “the black album,” set the tone with an intricate and introspective journey, merging emotive motifs with a melancholic pursuit of acoustic experimentalism. Following the release of his debut, Polish-born Duda cultivated an ever-growing fanbase with 2010’s Lunatic Soul II “the white album,” for short – continuing the theme with lush, cinematic ambience and featuring his exceptional vocals. 2011 wrapped up with Impressions, this time a collection of instrumental songs formed of unused excerpts from the black-and-white diptych acting, in some respects, as a supplement to Lunatic Soul II and providing another taster of Duda’s now-familiar new age sound.

Throughout the Lunatic Soul project and its successive releases Mariusz Duda has continued to work with Riverside, establishing the Reality Dream trilogy of albums in 2003 and culminating most recently with the highly acclaimed Shrine of New Generation Slaves, which included two European tours. While Riverside have accrued many fans of progressive metal with its heavier membrane, Lunatic Soul has given Duda the creative outlet to focus on world music.

Walking on a Flashlight Beam offers up a pallet of silky and sombre multi-instrumentalism whose comparisons are far-ranging, from Steven Wilson and Opeth, to the electro pulse of Depeche Mode. Recording for the album has once again taken place at Serakos studio in Poland, where Duda laid down the sounds for his last Riverside album Shrine of New Generation Slaves and where he has built up an enduring friendship with producers Robert Srzednicki and Magda Srzednicka.

Taking the lead with a range of instruments on Walking on a Flashlight Beam the ever-modest Duda knows his boundaries and, as with previous solo albums, has left the drum parts in the capable hands of his good friend Wawrzyniec Dramowicz, offering up an eclectic trance-like heartbeat to the record.

Mariusz Duda, whether he is with Riverside or Lunatic Soul, unfailingly creates an immersive experience. On Walking on a Flashlight Beam he has done it again, with an unpretentious, atmospheric, evocative collection of songs steeped in brooding melancholy with delicious hints of shimmering lights.

WALKING IN A FLASHLIGHT BEAM – tracklisting
1. Shutting Out The Sun
2. Cold
3. Gutter
4. Stars Sellotaped
5. The Fear Within
6. Treehouse
7. Pygmalion’s Ladder
8. Sky Drawn In Crayon
9. Walking On A Flashlight Beam