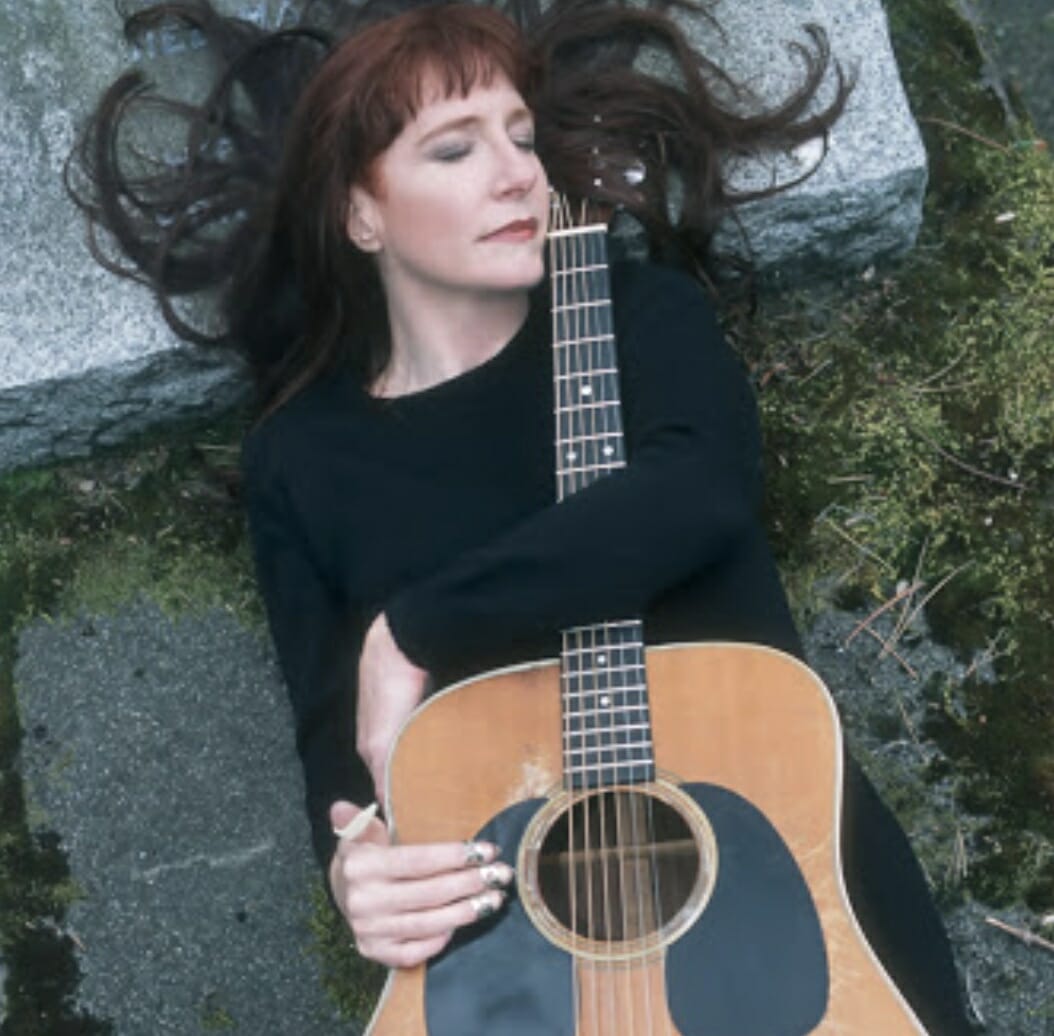 “Folk, Country, Blues, Rock… Roots? She erases the boundaries. They call the music ‘Americana’ now. Well, close your eyes and listen to The Voice. It’s midnight in Fort Worth; the radio glows a magic yellow-orange….”
-longtime collaborator Tom Russell

Every 10 years or so, Americana singer/songwriter Katy Moffatt and the great guitarist Andrew Hardin would get together to record acoustic albums of great songs that they love. 1988’s Walkin’ On The Moon, 1998’s Angel Town, and 2008’s Fewer Things are out in a compilation called Chrysalis. This collection features great songs that Katy either loved from other writers (including Cole Porter, Steve Goodman, John Hiatt, Nick Lowe, David Olney, Pat McLaughlin, and Chris Smither) had written herself, or co-written—many with Tom Russell, others with compadres Billy Cowsill (“Walkin’ The Animal”) and Wendy Waldman (“Still Blue”).

Andrew Hardin is an in-demand guitarist in the Singer Songwriter circuit. Originally an East Coaster, he’s played with Texas greats Jimmy LaFave, Ray Wylie Hubbard, Nanci Griffith, and Southwest favorites Dave Alvin, Tom Russell, and Eliza Gilkyson. Two acoustic guitars–Andrew’s 1945 Gibson LG-2 and Katy’s 1969 Martin D-28 (with occasional cello, upright bass, dobro) adorned these albums. Andrew remembers “listening to the rough mixes and being fascinated with the guitar interplay, as if I hadn’t been one of the people performing it. There’s a spontaneity that comes through that is real and exciting, and cannot be achieved by constructing a recording on a grid in a computer recording system.”

Songs receiving attention, from Chrysalis, are the dreamy, coming-of-age neo-classic romance “Walkin’ On The Moon,” the Lynyrd Skynyrd blues with slide guitar: “Mr. Banker,” and Katy’s self-penned “Carnival Man,” a straight-forward song about lessons learned when heartbroken by a “careless loving man.”

“It was the lack of money that made these records happen as they did,” Katy says. “Andrew and I were in control of these projects, and there was no meddling from outside influences,” she says. “Each truly emerged from its own chrysalis.”

From Fort Worth, Texas, Katy’s folk-country-blues stylings has found favor with roots music and Americana fans. As a teenager, she sang in her community, including a show with Willie Nelson’s grandmother in the audience. She attended Tulane University in New Orleans, then transferred to St. John’s College in Santa Fe, New Mexico. One afternoon, actor/movie producer Tom Laughlin heard her perform at the college, and cast Katy as “Maria” the folk singer in his 1971 independent movie, Billy Jack. She’s been in other movies, most notably as a country singer/songwriter in River Phoenix’s final movie, The Thing Called Love (1993).

Her music catalog goes back to being signed to Columbia Records from 1975 to 1979 where she recorded several singles and two country rock albums – Katy and Kissin’ in the California Sun. She followed with indie releases for labels that included Rounder and its subsidiary Philo, beginning with Walkin’ On the Moon, which was first recorded and released in 1988 on the newly minted Swiss label, Red Moon Records. Then it was licensed state-side to Philo for release in 1989. The following year Philo released Katy’s rockin’ country blues album, Child Bride. She and brother Hugh Moffatt collaborated on the 1992 duet album, Dance Me Outside. Also, that year, the little known-gem, Indoor Fireworks (Red Moon) with Katy backed by The Great Unknown (a crack Austin band), was recorded live-in-studio in Switzerland. 1993’s The Greatest Show on Earth (aka The Evangeline Hotel) featured songs co-written with Tom Russell. Other albums included Hearts Gone Wild (1994) and 1996’s Sleepless Nights, a collaboration with bluegrass and old-time singer Kate Brislin. Later that year was Katy’s Midnight Radio, recorded in New York City.

The second Chrysalis album Angel Town came out in 1998. Katy’s songs of “love gone bad” adorned 1999’s Loose Diamond, and she surprised her fans and new friends with 2001’s Cowboy Girl, an album of western cowboy music. 2005’s Up Close and Personal was her live solo album on Fuel Records. Next came Fewer Things in 2008, the third in the Chrysalis Collection. 2010’s Playin’ Fool featured live duets in Europe. Her long-awaited 2nd duet album with brother Hugh appeared at 2016’s Now and Then (Sohl Records).

In 1985, she was nominated as Best New Female Vocalist by the Academy of Country Music.

Katy has toured extensively in the United States, Canada, Australia, New Zealand, and Europe, especially the U.K., Germany, and Switzerland. Moffatt, primarily, works and travels by herself, carrying her own mics/gear, and being her own roadie!

With the emergence of Chrysalis, on Sunset Blvd. Records, you are warmly invited to step inside each of these songs with Katy and Andrew.