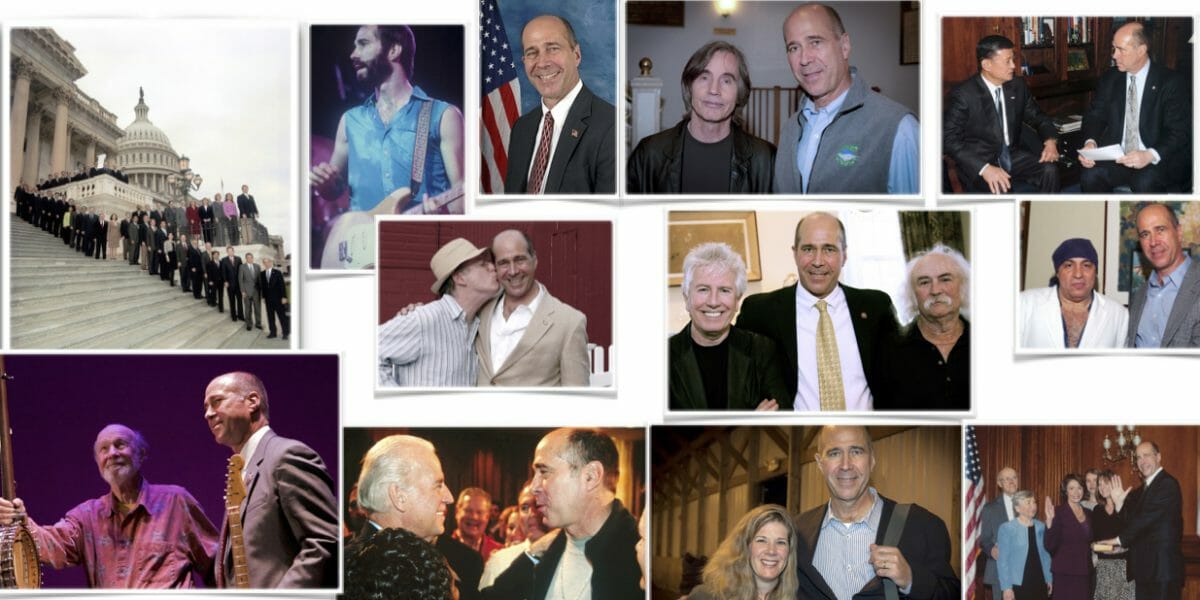 “Reclaiming My Time” is John Hall’s sixth solo record, in addition to the 18 albums he recorded with his band Orleans. The title is a phrase used in Congress (where Hall spent 4 years) after being interrupted. It’s also an allusion to the music he might have written and played during ten years in elective office.
Supporting musicians include John Cowan(New Grass Revival, The Doobie Brothers), Andrea Zonn (James Taylor, Vince Gill), Sean Paddock (Kenny Chesney), Steve Wariner, Jay Collins (Dukes of September, Allmans), songwriting partner John Paul Daniel and steel guitar legend Dan Dugmore. Dar Williams and Wariner sing duets with John, the latter on a song they wrote together, “Another Sunset.”

The album’s opening track, “I Think of You,” was written with Songwriters’ Hall of Fame member Sharon Vaughn. “Now More Than Ever” reunites for the first time in twenty-five years the songwriting team of John and Johanna Hall, who penned the Orleans hits “Still The One” and “Dance With Me.” Recorded in New York’s Hudson Valley and Nashville, TN, Reclaiming My Time spans Hall’s usual range of love songs, blues, topical tunes and rockin’ good time music. Hall’s trademark acoustic and electric guitar playing–that graced records by Jackson Browne, Little Feat and Bonnie Raitt–ties it all together.

The first single and video, “Alone Too Long” was written for a friend who lost his wife and was wondering when it was okay to start dating again. As the pandemic year ground on, it became a commentary on isolation and loneliness. Watch the video at https://youtu.be/wwy8JTIoyfo.

The whole project was started well before any lockdown, but then relied on home recording and remote mixing and mastering. Now we are all reclaiming the time and lives that were shut down for over a year. “Reclaiming My Time” celebrates that.

John Hall has written songs for Janis Joplin, Bonnie Raitt, Ricky Skaggs, Steve Wariner, and James Taylor. He’s played guitar on tours and records for Little Feat, Taj Mahal, Jackson Browne, and Seals and Crofts. His music and environmental activism led him to 10 years in elective office, and co-founding MUSE (Musicians United for Safe Energy). Now, back to music full time, he writes songs and performs solo and with Orleans, the group he co-founded in the 1970s. Their biggest hits “Still the One” and “Dance With Me” continue to garner hundereds of thousands of streams per week, and to appear in mass media from commercials to movies and even political campaigns. The former is also in the title of John’s memoir, “Still The One: A Rock’n’Roll Journey To Congress and Back.”