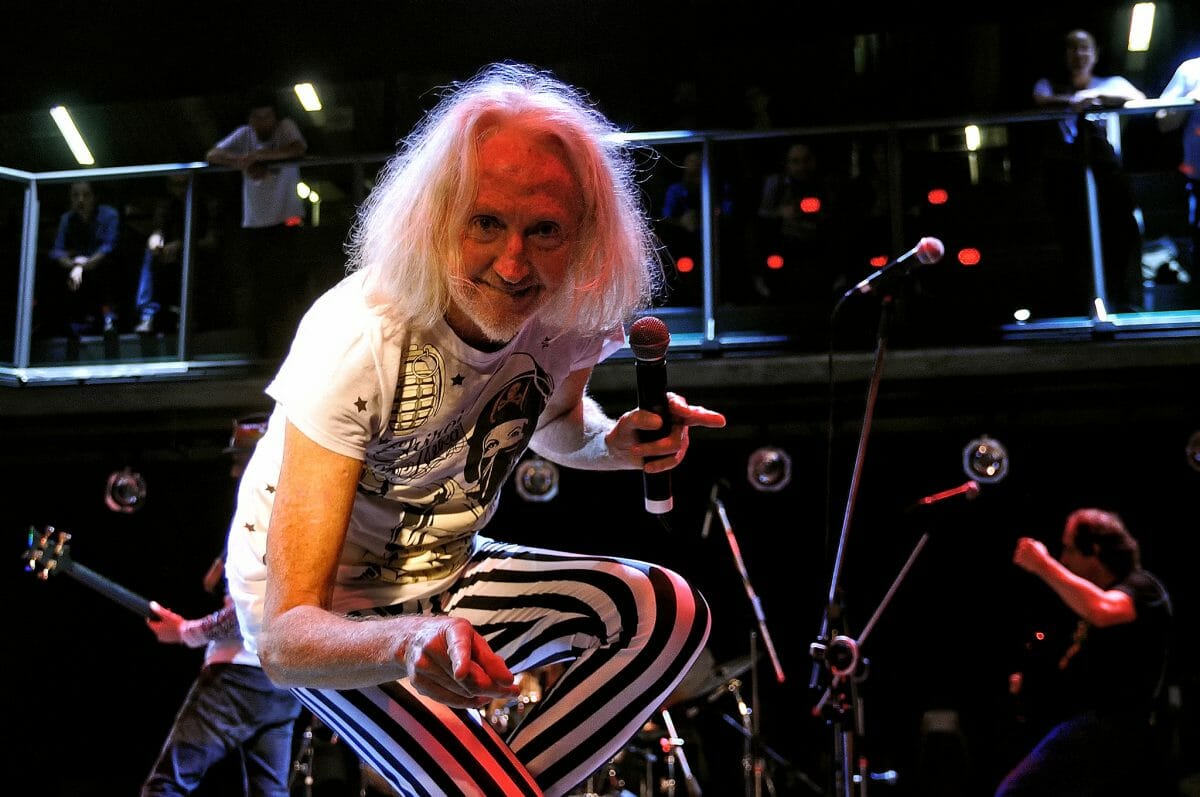 Gong, the enduring legend, enters yet another new phase on their four-decades plus journey with I SEE YOU. Gong is a multi-National, multi-dimensional Psychedelic combo.
The current incarnation of Gong comprises vocalist / lyricist Daevid Allen, who, even at the age of 75, still radiates an incandescent creativity, the original anarchic vibe that was born out of counter-culture revolution in the Paris commune in 1968. Allen’s own, highly idiosyncratic worldview helped kick-start the classic Brit psychedelic explorers, Soft Machine when the ’60s were still swinging. His co-conspirators on I SEE YOU comprise of Orlando Allen on drums, new guitarist Kavus Torabi (formally of The Cardiacs, and the latest guitar incumbent in a band whose ranks have included the likes of Steve Hillage and Mark Hewins), horn player Ian East winds, sinuous bass propulsion provided by Dave Sturt (the sonic manipulator), and Brazilian Fabio Golfetti who weaves his own lysergic patterns on guitar.

Gong brews up an impressive, multi-layered and irrepressible sound that creates its own world, and then populates it with a series of dazzling musical gems, melodically-rich, lyrically engaging and musically refreshed. I SEE YOU is timeless and timely, a welcome antidote to an increasingly homogenized musical mainstream. The playful song “I See You” is fusion and kicks off the album. “Syllabub” could be a hit, and namedrops culture in a fun-loving way. Tracks such as “This Revolution,” a spoken piece which namechecks Gil Scott-Heron and picks up the vibe of his “The Revolution Will Not Be Televised,” articulates the kind of concerns and theories that’ve always inspired Daevid Allen and informed the Gong worldview, contrasts with the ferocious inter-stellar Funk of “You See Me,” which is sure to be a live favorite. “Thank You” is a heavy slab of psychedelicised blues, whilst the closing song “Shakti Yoni Dingo Virgin,” a moody, melodic instrumental piece with heavy pant-singing–serves to illustrate the immense musical firepower and musical diversity that lurks within the current line-up of Gong.

Gong hopes to take I SEE YOU out on tour in the coming months when Daevid’s health will allow. Do listen, because I SEE YOU offers up yet more proof that Daevid Allen’s creative wellspring shows no sign of running dry, and that the latest Gong line-up has the kind of musical acumen that matches any of their classic line-ups of yore.