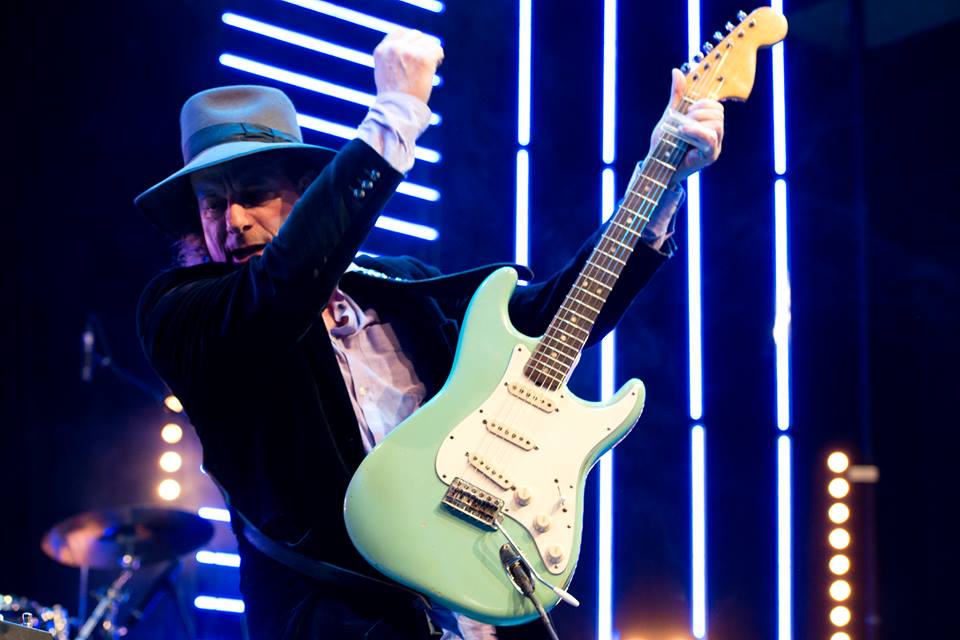 “Gary Lucas’ FLEiSCHEREI duo was amazing and the response was rapturous; I can’t remember a more enjoyable program in our theater.”
– David Schwartz, Museum of the Moving Image Chief Programmer

GARY LUCAS has a long history of scoring and accompanying film live, both silent and sound.

A pioneer of the genre, Gary began in 1989 with the premiere of his original live score for the 1920 silent expressionist film “The Golem” at the Museum of the Moving Image in Astoria. He’s since gone on to perform his score with the film at major venues and festivals in over 20 countries: at the NY Jewish Film Festival at Lincoln Center, the Silent Movie Theatre in Hollywood, at Royal Festival Hall in London, in Moscow and St Petersburg, Tel Aviv, Vienna, Sevilla, Toronto, South Korea, Budapest and Prague.

Both “Frankenstein” and Spanish “Dracula” contain very little music on the soundtrack–filmed during the Depression when there was no budget for a composer and orchestra. Gary provides a full live underscore under the spoken dialogue.

“I love working with old films, especially classic horror and fantasy films which I grew up with. It’s like being a re-animator — I am trying to breathe new life into them, while still being respectful of the original films — I try never to be louder than the film itself. I go into a trance when I play to them, I peer into them — I feel like I am communing with the souls of the actors on the screen, most of whom no longer walk this earth. It’s a privilege for me to play to these films, and I approach them much like a silent-movie accompaniest in the glory days of silent cinema.” -Gary Lucas

FLEISCHEREI is a tribute to the music from Max Fleischer’s classic Betty Boop and Popeye Cartoons,“I have been a life-long fan of Max Fleischer’s pioneering animation since I was a boy and I loved the music from these original cartoons — a mix of Broadway, Tin Pan Alley, Harlem jungle jazz, music hall turns and vaudeville. With my singer Tamar Korn we faithfully bring these songs back to life intermingled with screenings of the original Fleischer cartoons.” -Gary Lucas

Gary shares his Fleischer passion and expertise in a monthly column that he writes for the popular classic movie website, Classic Movie Hub.