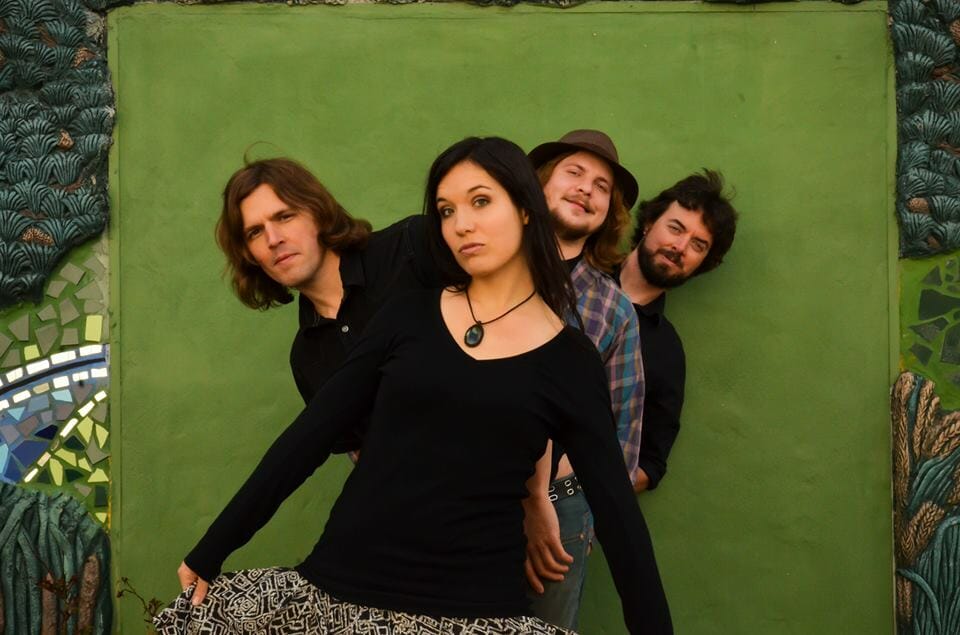 With soulful vocals, a fusion of fierceness and elegance in its guitar sound, and a high energy rhythm section, Fly Paper continues to inspire crowds throughout the country with songs in the alternative rock genre. Lead singer/guitarist Micaela Kingslight’s voice is often compared to Fiona Apple, Sade, and Norah Jones. An acclaimed guitarist, she teaches at Kalamazoo College, Crescendo Academy of Music, and the Kalamazoo Academy of Rock, when not on the road. Fans have heard Jimi Hendrix, David Gilmore, and Jimmy Page influences in her playing. Bassist Joe Chamberlin fills the space between with a style grounded in both modern and classic rock sensibilities. Sam Rice brings to the drums, the rock groove inspired by both the Smashing Pumpkins’ Jimmy Chamberlin and the flair of Buddy Rich, along with saxman/keyboardist Marty McLean.

The group’s current EP, 3X3 has a song, “Sing, Sing, Sing Along” that is its music video, which was directed by Michigan native Ben Woody. Ben is a friend and a multimedia graduate student who has been chronicling Fly Paper over the past few years (in addition to documenting a variety of athletic projects that can be seen at GoGriffs.com). The songs, include “Sing, Sing, Sing,” “Bigger On The Inside,” and “Say What You Mean” tend to capture the band members’ awareness of nature as they can often be found hiking, and Micaela practicing Yoga.

The group has been playing all over the United States with shows from the Florida Keys and Miami to Santa Monica, CA, and Sun Valley, Idaho, to Bremerton, WA. The group is a festival favorite, playing Wild Mountain Faire in Northern California, plus Deadwood Jam, as well as appearing at Michigan’s Jamma Wamma Music and Arts Festival, Hoodlilldoo Music Festival, Southwestern Michigan Harvest Festival, and Big Rapid’s Cranker’s Fest.

Other music in the group’s history include the fan-funded CD, LIVE AT THE GLOBE THEATER and a DVD. The group’s debut album, FLY PAPER came out in 2011. In 2013 they released an album, DREAM.

In 2008, Micaela was awarded the Emerging Artist Grant from the Gilmore Foundation to record her first solo album STILL. She also won Indiegrrl International Songwriting Contest for her song “Aurora.”