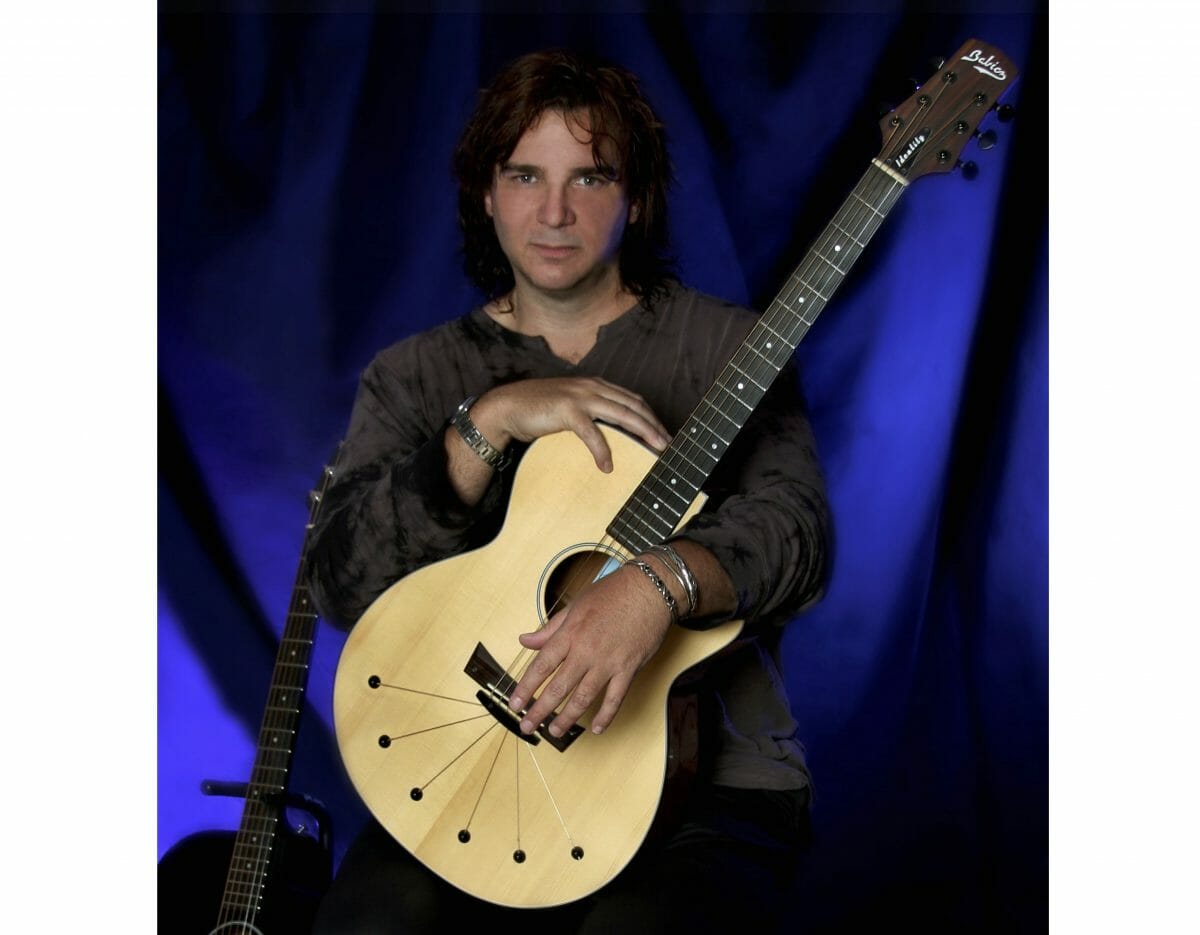 Billy Sherwood created this concept album based on a lost soul that is reincarnated into various periods of history. “I was inspired by the notion that General Patton believed he was reincarnated on various battlefields through time; I wanted to take that concept even further.” As the songwriter/producer, Billy placed the citizen character into significant moments of history.

The lead off track is called “The Citizen” which sets the stage for what’s to come on the recording. “The Citizen” features Billy’s longtime friends and members of the legendary Progressive Rock band Yes: bassist Chris Squire and former Yes keyboardist Tony Kaye.

Each song places the Citizen into a unique set of circumstances where decisions are made that have serious personal and global consequences. In the song “No Man’s Land” (featuring Deep Purple/Dixie Dregs/Kansas guitarist Steve Morse) the Citizen appears as a World War I trench runner who passes the message along to the troops that it’s time to attack; the Citizen remains behind and is, ultimately, the only survivor. “Empire” (with lead vocals by Alan Parsons & violin from Jerry Goodman of the Flock, Dixie Dregs, Mahavishnu Orchestra) finds the Citizen as a conscript legionnaire in the final days of the Roman Empire. “Just Galileo and Me” (sung by Colin Moulding singer/bassist of XTC) shows the Citizen as a protective friend to Galileo, trying to tell the astronomer that he should not tell people that the earth is not flat or he will be labeled as a heretic.

Known as a multi-instrumentalist, Billy performs drums, bass, guitar, keys and sings several of the songs, including “A Theory of its Own” in which the Citizen appears as companion to Charles Darwin on the evolutionist’s maiden voyage. He sings of Native Americans affected by the Indian Removal Act of 1830 in the song, “Trail of Tears,” which features Patrick Moraz on keyboards. Former Genesis guitar player Steve Hackett adds his chops to “Man And The Machine,” which is about an assembly line worker and activist in the late 1890s. “Age Of The Atom” is about the creation of the Atomic Bomb and the questions of morality as a result of it; this features Geoff Downes on keyboards. Dream Theater keyboardist Jordan Rudess appears on “Escape Velocity,” a song that speaks to the political implications of the space race in the 1960s.

In “The Great Depression,” Billy’s songwriter’s pen draws pain from the heart of a distraught Wall Street investor, who has lost everything in the stock market, and steps out to make a final step off the ledge. Rick Wakeman plays grand piano and other keyboards on this one. Finally, in CITIZEN’s 11th song, “Written In The Centuries,” performed by current Yes singer Jon Davison, Nostradamus is the Citizen busily composing his many predictions.

Billy Sherwood was recently handpicked by Chris Squire to fill in for him on bass and vocals in Yes, before he left for cancer treatment and ultimately, his untimely death. Billy started his career in the band Lodgic and then as a member of World Trade, who have two critically-acclaimed albums. He has produced and engineered for many artists including John Wetton, Motorhead, Queensryche, Paul Rodgers, and Yes. He joined Yes first as touring member on the “Talk” tour in 1994, and was a full time member from 1997 to 1999. He recorded two albums with Chris Squire as the “Conspiracy” project and released six albums with Circa, the band he formed with Tony Kaye.

CITIZEN is Billy’s eighth album of new material, though he sees this as a group effort, “While I’ve created a lot of this record myself I couldn’t have done it without the amazing talents brought to bear by all the great artists who participated. So I feel it’s much more of a collective effort than a solo album. It’s my desire to take this production onto the stage and some of these amazing artists can help bring this concept to life.”