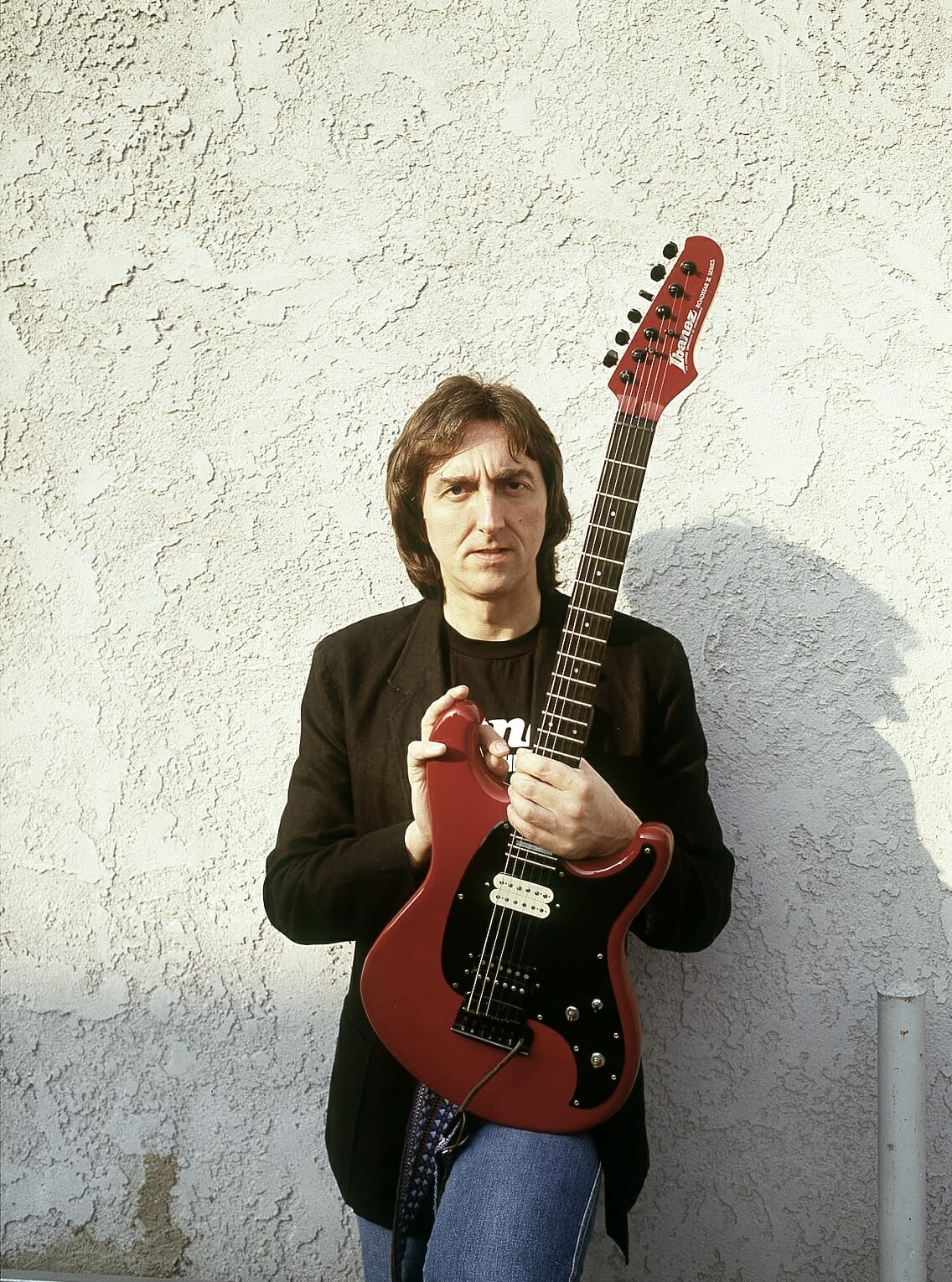 Friends of Dan has friends and fans of Allan talking about his guitar chops interspersed in a very spiritual interview about playing his instrument:
http://www.friendsofdanmusicpodcast.com/allan-holdsworth/

Los Angeles, CA-based Manifesto Records is proud to have created a complete 12-CD box set by guitar innovator, jazz, and progressive rock legend Allan Holdsworth titled The Man Who Changed Guitar Forever, along with a 2-CD updated and expanded “best of” collection selected by the artist, titled Eidolon.

Manifesto Records referenced the box set’s seemingly portentous title from the cover story title featuring Holdsworth in Guitar Player magazine’s April 2008 edition.  Given his humble nature, Holdsworth is a bit embarrassed by the title and finds the notion that he changed “guitar forever,” somewhat overblown—more befitting of names like Orville Gibson, Leo Fender, or Ned Steinberger.

Holdsworth, born in Bradford England in 1946, embarked on a solo career as composer and bandleader exclusively in 1979.  Holdsworth’s career as producer, bandleader, and lead composer is documented in this box set, and with the artist’s 28-track selection of favorites in Eidolon. Both packages include extensive liner notes, and an updated 2016 interview with Holdsworth discussing each release, his history, and approach to the instrument.

From 1982 through 2003, Holdsworth recorded a dozen albums that have been lovingly put together for The Man Who Changed Guitar Forever collection. Featured on the box set are eleven remastered studio albums, starting with the 1982 studio release, Allan Holdsworth, I.O.U., and the archival 2003 live release, Then!, recorded live in Tokyo in 1990.  All feature additional bonus tracks added for special editions or the original Japan releases, along with the original artwork and studio credits.  Also included are the Grammy-nominated Road Games, (1983), Metal Fatigue (1985), Sand (1987), Secrets (1989), Wardenclyffe Tower (1992), Hard Hat Area (1993), None Too Soon (1996), The Sixteen Men of Tain (2000), and Flat Tire: Music for a Non-Existent Movie (2001).

He further expanded the guitar’s orchestral potential with a range of electronic effects, then moved on to become one of the early innovators of guitar-based synthesizer controllers. In the nearly five decades Holdsworth has been touring, collaborating, and recording, he has created an immense sonic and musical legacy.

In the ‘70s he played with legendary Miles Davis drummer, Tony Williams and Cream bassist Jack Bruce as the band Lifetime, and toured with Soft Machine. He worked with former Yes and King Crimson drummer, Bill Bruford’s first solo project, Feels Good To Me, and subsequent recordings with Jean-Luc Ponty, and Gong. Bruford suggested Allan for the progressive-rock “supergroup,” U.K., which, along with Bruford, also featured John Wetton and Eddie Jobson.

Both The Man Who Changed Guitar Forever and Eidolon are precious to those who love the world’s great guitarists. Fans of deeply unique, sonically rich and pristine recordings of great musicians taking their music to the next level and beyond, will also be in awe of these collections.