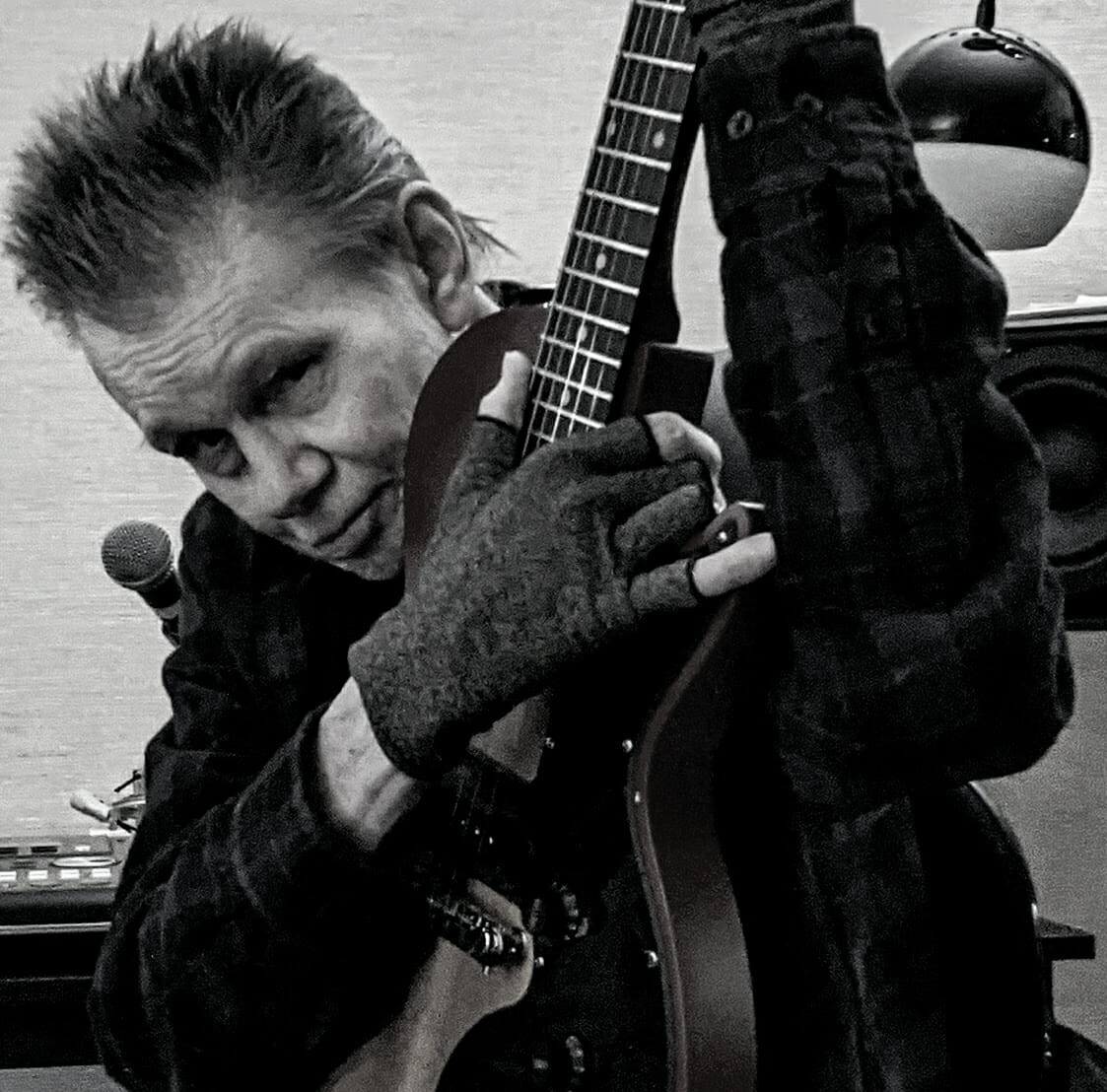 David LaDuke has been playing roots/metal/rock n’ roll since 1973. He and his group Sinbad have released several LPs, EPs and CDs. His album SINBAD was (on the California based indie label Azra International (Overkill, Liege Lord, Intruder, Jag Panzer). His solo releases Have Rock Will Travel, Ball Bustin Guitar Rock! (plus two live EP’s), Absolutely Raw (Nothing more. Nothing less.), Absolute Rock (In the buff.) including the CDs: Rock Hard Rocker and Rock with Balls. His unique blend of ’70s’ guitar rock, with an Elvis Presley-influenced grove, has gained him a great reputation in Magazines and on Radio Stations around the world.

By the end of the ’80s, Sinbad Productions was born. After leaving the stage, in 1991 to raise his Son, David continued to record, release CDs and Eps. He also published BallBuster Magazine, which was available in stores worldwide until 1998 and has since supported The International rock scene—partly through his renowned website, BallBusterMusic.com.